The Executive Council is responsible for the day to day running of the WFIPP and for delivering the WFIPP vision. This includes matters such as governance, finance, strategy, membership, project engagement and events. 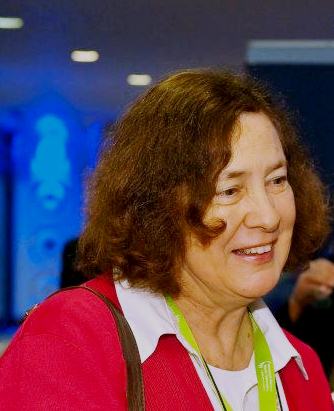 Mary Lynne Van Poelgeest-Pomfret is a long-standing international patient advocate promoting the rights of patients at both national and international levels.  A member of several patient advocacy movements and organizations like IAPO (International Alliance of Patient Organizations) and EPF (European Patients Forum). She has organized several workshops and given numerous presentations at major international scientific and patient advocacy organizations. She is also a member of the EFPIA PatientThinktank. She became Vice-Chair of EFGCP as of March 2017 and is keen to actively contribute to the work of EFGCP, primarily from the patient perspective. She participated in the first EUPATI workshop of patient advocate experts in Frankfurt in September 2012 and actively participates in EUPATI.  Lynne became the President of WFIP – World Federation for Incontinent Patients in January 2011: an international umbrella organization dedicated to enhancing the rights of patients suffering from incontinence and pelvic floor dysfunction  in general. In this capacity the latest initiatives include a collaborative agreement  with the European Association of Urology relating to patient advocacy issues.  Also until April 2016, chairperson of the ICP – Netherlands Interstitial Cystitis Patients’ Organization. More recently  she became a member of the ‘Core Board’ for one of the EIP – AHA Focus groups led by the University of Valencia, Spain.
Member of the PACT Steering Committee and also a member of the IMI project PARADIGM as patient engagement representative of EFGCP. Also as EFGCP a  member of the Consortium for the new IMI project ‘Conception’ These latter initiatives are very much concerned with access to healthcare and patient engagement throughout healthcare in Europe. Member of several scientific  advisory committees and panels, including the EMA.
Recently selected to become a member of the IMI panel of patient experts with active participation in, for example,  healthcare decision-making within the EU.
Lynne worked for Shell in the Netherlands for 23 years and has a BA degree from the UK and  Drs. Degree from Leiden University in the Netherlands. Jacqueline  Cahill graduated from McGill University and has for most of her career worked in the non-profit sector.

She has held the position as Executive Director of The Canadian Continence Foundation (TCCF) since 2005. During this period the Foundation has not only increased in national recognition as “The Patient Voice” for those living with incontinence it has also put this taboo condition on “the map” as a chronic condition which can be treated and often cured.

To this end, Jacqueline has been successful in harnessing government’s attention through Access to Treatment and Reimbursement advocacy initiatives, as well as forming a National Incontinence Coalition, comprising of Canadian Patient Organizations representing those living with incontinence. Jacqueline has fostered close alliances and partnerships both nationally and internationally with many stakeholders who share an interest in improving incontinence care, management and treatment. Her primary areas of expertise are: Patient Advocacy, Patient and Public Education and Awareness, Public Relations and Fundraising.

Jacqueline is an Active member of the following professional and patient organizations:

Jacqueline was born in England, she emigrated to Canada at age 21 and has 2 children, one at university in Montreal , the other finishing high school. In her spare time she is an avid genealogist – having traced her family back many generations. CAV. FRANCESCO DIOMEDE, PRESIDENT AND FOUNDER OF FINCOPP – ITALIAN FEDERATION OF
INCONTINENT PEOPLE AND PELVIC FLOOR DISFUNCTIONS.
72 years old, retired, married with two sons, a daughter and five nice grandchildren, Francesco Diomede
following a surgery for rectal cancer was equipped with a definitive colostomy.
After the operation he realized the serious disparities of treatment and discrimination existing between
different pathologies and associations. Due to these reasons he decided to engage in social sector to
claim the protection of the rights of cancer patients and incontinent people.
In 1999 he founded FINCO – Italian Incontinent People Federation (www.finco.org), later renamed
FINCOPP – Italian Federation of Incontinent People and Pelvic Floor Disfunctions, holding the role of
chairman. Immediately realized that unity between patients is only a starting while staying united is
progress and working together is success. Following this idea, he claims the protection of rights and
rhe quality of life of incontinent and ostomate patients.
Thanks to his interest as well as the sensitivity of the Ministry of Health, the “National Day for the
prevention and treatment of incontinence” takes place in Italy every year, on June 28th. This is an event
for citizens suffering from incontinence (5 million of people in Italy, of which 60% are women).
Francesco Diomede stimulated six bills in support of incontinent and ostomate people.
In March 2005, in Rome, he founded – and was elected first president of – the World Federation of
Incontinent Patients (WFIP – www.wfip.org). During the same year he became National Vice-President
of F.A.V.O. – Italian Federation of Voluntary Associations in Oncology.
Over the years he worked hard to sensitize Ministry of Health. As a result, in 2006 the Directive of the
President of the Council of Ministers was passed, of 10 May 2006. The decision was published in the
Official Gazette of Italian Republic n. 186 of 2006, August the 11th
. The Directive stated that every year,
on June the 28th
, is the “National Day for the prevention and treatment of incontinence” –
www.giornataincontinenza.com.
On 2008 September, the 13th, Francesco Diomede was elected Coordinator of FAVO Puglia. In
September 2010 he draws up the “European Guidelines on Urinary Incontinence” and a summary of
the work is published in the Bulletin of the European Urology Tooday – Volume 22 n.5 October /
November 2010, page 1.
In February 2011 he was elected President of the “Operative Coordination of Accredited Associations
at the ASL of Bari”, one of the largest health agencies in Italy. On February 18, 2011 he gave a talk at
Bocconi’s University in Milan (MASan Community SDA Bocconi-FARE. Cycle of in-depth seminars:
Purchase model and which tools to improve supplementary assistance?) titled “Supplementary
assistance: clinical aspects and patient needs “.
In 2015 he was appointed member of the “Ministerial Working Group on urinary and fecal incontinence”,
established with the Decree of the Minister of Health of 2015 October, the 2nd. In 2016 he stimulated
the first bipartisan national law proposal in support of people who suffer of urinary as well as fecal
incontinence. The proposal was presented in June 2016 in Senate of Italian Republic – Sala Nassirya.
FINCOPP Association adheres to the Mixed Advisory Committee of Associations accredited to the
Cancer Institute of Bari and President Diomede was elected President of C.C.M. of Cancer Institute.
The Association has done its utmost to introduce the Introductory Cancer Certificate in Puglia Region,
a vital and preparatory tool for ascertaining civil disability of Apulian cancer patients. As a consequence
Puglia Region and INPS have entered into a memorandum of understanding that streamlines the
bureaucratic process and the assignment of Code 048 since the onset of the disease.